In my view, technology is best served up with a heaping side of science.  This is especially true when it comes to computer security where a distinct absence of science is a problem.

I began my career at Reliable Software Technologies (Cigital) in 1995 as a research scientist, and the early days of Cigital Labs are still close to my heart.  I spent most of my 21 years at Cigital helping run things and advising other businesses on technology issues.  Though I remain active in the computer science research community and interact closely with academics all over the world, I am best known as an active technologist in the corporate world.   Cigital was acquired by Synopsys in 2016.  I stopped working for Synopsys in 2019.

My approach during graduate school at Indiana University way back in the day was to master a subject by publishing a set of peer reviewed articles. Neural networks, genetic algorithms, case-based reasoning, robotics, and Doug Hofstadter’s models were all important targets.  When I first started working in computer security I did the same publishing thing.  But the world has changed since then, and so have I.

I continue to believe that giving back to academia is essential. I try to deliver a handful of academic talks at various schools every year, with periodic stops at: University of Maryland, Indiana University, Johns Hopkins, North Carolina State University, James Madison University, Purdue, Waterloo, Stanford, and other schools.  If I am on the road for business reasons, I try to seek out a great nearby school to visit.

I have acted as an official Advisor to the Computer Science Department at UC Davis and the Computer Science Department at the University of Virginia (where we created a BA in the College of Arts and Sciences). I continue to serve on the Dean’s Advisory Council of the School of Informatics at Indiana University.  In 2013 I was awarded a Career Achievement Award from Indiana.

Back in 1999, I was asked to chair the Infosec Research Council’s study on Malicious Code. The result of that collaborative effort was a paper published in IEEE Software called Attacking Malicious Code: A Report to the Infosec Research Council. In 2009, that paper was chosen as one of IEEE Software’s 25th-Aniversary Top Picks, meaning it was one of 35 recommended papers selected from a pool of over 1200.

In 2005, I was elected to a three year term on the Board of Governors of the IEEE Computer Society.

In 2014 I helped to found the IEEE Center for Secure Design through the IEEE Computer Society.  The first IEEE CSD report (which was the first IEEE publication ever to be released under the Creative Commons) is called Avoiding the Top Ten Software Security Design Flaws. 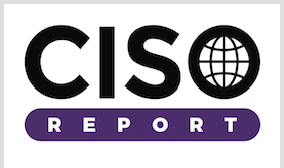 The report is available here.) 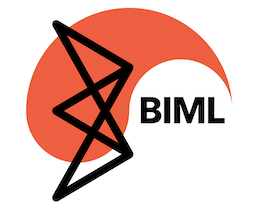 The Berryville Institute for Machine Learning was founded in January 2019.  Our research at BIML focuses on three threads: building a taxonomy of known attacks on ML, exploring a hypothesis of representation and ML risk, and performing an architectural risk analysis (sometimes called a threat model) of ML systems in general.

This is joint work with Harold Figueroa, Victor Shepardson, and Richie Bonett.

My curriculum vita (PDF) includes a complete list of publications and a partial list of important lectures.

A collection/archive of early peer reviewed articles written while at Cigital Labs (1996-2011).

These days, I spend more of my time writing popular technology columns than I do writing scientific publications.  My popular press writings have been collected elsewhere.

Pre-1996 papers are available in an out-of-date publications archive, where you can find abstracts and links to postscript files.

My completed thesis devoted to creativity and AI is available on my thesis page. Please feel free to send me questions and/or comments about what you see. Listen to the latest episode!